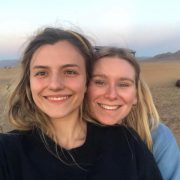 Yakima’s ‘Go Virtually’ is the perfect soundtrack to your quarantine

Going to a concert with a couple seemed like a great idea at the time, especially being friends with both of them at uni, but visiting Newcastle for a busy weekend seeing The 1975 on my placement did not go as I expected.

I sat absentmindedly drinking my Saino’s G&T in a can waiting for the Metro as they inevitably bickered. Everything went quiet as Ollie suddenly announced in horror he did not have his and Rachel’s tickets for the concert which was starting in approximately 45 minutes.

As we all scoured the train station looking under seats, along the ground and triple checking pockets we finally found them outside Sainsbury’s across the road. Thank god, all I’m saying is I’m glad I insisted he give me my ticket before.

We finally got the venue x3 cans in and excited for some music. The Sunday night crowd surprised me, with all ages attending from drunken teenagers to a group of women my parent’s age wearing only what I can describe as fishnet tights, branded t-shirts and barely visible shorts. I mean what was I expecting, they’re Geordies after all.

We squeezed our way into a good position in the crowd with our plastic cups filled with watered-down beer waiting for the band to come on.

Patiently, we waited until around 9 pm when the classic square LED lights came on, announcing The 1975 were about to come on stage. Matty Healy jumps on stage and the blaring of ‘Love Me’ began.

Yes, I am one of those people that you hate at a concert who videos nearly every song with a screeching voice in the background of each trying to sing all the words to show how much of a fan I am.

As they played through their setlist, a mix of songs and instrumentals, Matt Healy expressed his love for the Toon having grown up on the Tyneside before moving to Cheshire. There was a nostalgic feeling when playing songs from their first released EP, it was clear from the crowd singing along to every word that they really do have dedicated listeners.

I have seen The 1975 perform 4 times now, I can say that they really do put on a show. The colourful stage production and visual images are seriously aesthetically pleasing. The floor to ceiling video walls, on stage treadmill and iconic illuminated transparent frames really do let the audience watch the show as well as sing along to it. The willingness to get the crowd involved was evident with the simplicity of clapping hands.

Songs that had yet to be released from their new upcoming album ‘Notes On A Conditional Form’ were played such as ‘The Birthday Party’ and ‘Me and You Together Song’. The latter was a song about how much the other 3 members in the band meant to Matty Healy. It was very touching.

The song ‘People’ was also well received by the audience, which I personally do not love due to the screaming of the words and chaotic nature of the song. I can see why the song was chosen, as it works very well to hype the crowd.

The band define themselves as environmental activists and the concert even broadcasted one of Great Thunberg’s speeches to urge people to save our planet with visual depictions throughout.

The two hour show really did fly by with the help of the endless supply of drinks on our contactless cards. As we left the venue, reminiscing on certain aspects of the nights, I realised I really did enjoy myself and that is why I can justify spending 50 quid on a ticket.

We happily ended the night in Stack in Newcastle with another classic pint and cheeky cig.

The 1975 are also set to release ‘Drive Like I Do’ rarities anytime now.