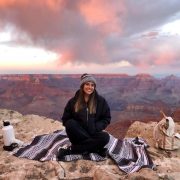 “‘Cause once you go without it, nothing else will do”: the collective thought of Styles’ fans for the past 890 days since Harry’s album release, Fine Line. Since leaving One Direction, the Millennial fashion and music icon has proved himself as a solo musical talent across a span of three albums, ranging from the sex, drugs, and rock and roll that was his debut album, Harry Styles, to the 80s-revival-foot-tapping-on-the-tube-laying-in-a-field-of-flowers-and-French-kissing tunes that encompass Harry’s House. If Prince was reborn in this day and age, this is the album he would have made.

This album packs a smorgasbord of tasty tunes, from the trancy, metallic beats of Daylight and Satellite, to the velvety vocals of Little Freak, to the bubblegum disco of Late Night Talking and As It Was. Styles has mastered the mirage of giving his fans just enough lyrical detail and vulnerability to convince them that his name-drops and anecdotes are their little secret, only to leave them with more questions than answers by the end of minute forty-two.

This album is a whole-body experience: the poppy beats tap dancing on your eardrums, the warm tingle you feel in your cheeks as Styles sings “you pop when we get intimate”, toes-tapping to the brassy beats of Daydream.

Styles is gracing the stage of the O2 Brixton for his One Night Only debut performance of Harry’s House. Fans’ hearts broke all over the UK when tickets were sold for upward of £1,500. One thing is for certain, Harry will most certainly give those lucky 4,000 fans all of his love and something to dream about.

Jungle – ‘Loving In Stereo’ review: try to feel gloomy after listening to this. I dare you.