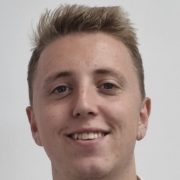 ‘’I told the black man he didn’t understand, I reached the white man he didn’t take my hand’’ raps Loyle Carner on the second single, Nobody Knows (Ladas Road), released on his new album hugo.

The openness to explore his personal experiences on issues such as race, identity, and family relationships, has only pushed the levels this South London rapper can reach.

With the release of his third studio album, hugo, comes a deeper dissection of social topics many rappers fail to acknowledge. Spurred on by the success of his previous album’s relatable subjects on the importance of family, and mental health amongst young people, rapper Loyle Carner has a new focus based on similar issues which have recently become the centre of public attention.  The album, which was written in Lockdown, has a clear linkage to the protests surrounding racism within Britain, and the racial inequalities we see in this country.

The first single release, Hate, provides an epic introduction to the album, and offers a deep insight into Carner’s experience with being black, and growing up as mixed-race in a White household.  The deep subject compliments the aggressive tone with perfection and immediately shows Carner’s storytelling has grown ever more potent in this record.

Likewise, the powerful chorus of Nobody Knows (Ladas Road) further exemplifies Carner’s belief of being ‘stuck’ in the middle of both white and black communities, with him not being accepted by either. Carner’s homage to John Agard’s poem Halfe Caste in his tune Georgetown too brings attention to this social issue that many rappers seem to ignore.  The confessional nature of these songs shows his increasingly mature sound, and the bolder statements he wishes to make in this new record.

In Blood on my Nikes, he aptly encapsulates the issues faced in poor Black communities in London, where the song pays reference to a boy stabbed over a pair of shoes, which occurred in the area Carner’s girlfriend teaches in. The inclusion of activist Athian Akec in the outro provides a serious conclusion addressing the need to tackle the root causes of knife crime, and how government austerity’s impact has seriously affected many communities.

Rap music and its link to social justice is nothing new, yet rarely does it convey a message so poetic and melodious as what Carner achieves.

Built on these stories about the impact of racial inequalities on British youth, comes a masterpiece of an album, with intimate lyrics showcasing the extent of his talent. With the help of London producer Kwes, hugo is a polished record which continues with Carner’s style of mellow hip-hop beats and gospel samples yet pushes the rawness and harsh realities of British society many artists choose to ignore.

His recent entry into parenthood has developed his style to be more mature, with a new path taken away from songs about his family, such as on Cantona, into a fresh, new direction; perhaps even being a motivator to further speak out about the issues many of the Black British community face.

Although deeper and darker, hugo will push Carner further into the mainstream, and continue his path to the top. With a sold-out tour approaching in the new year, there is no stop to Carner’s rise.