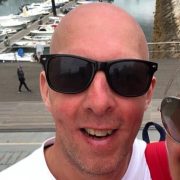 Pop music as we know it has stagnated more in the last couple of decades than ever before, and in the last 30 years music hasn’t really changed. This may seem a ludicrous statement, but is there any truth in it? Well yes – quite a lot actually.

The 90’s – and specifically 1990 – was 30 years ago. And compared to previous changes of musical genres and tastes across the decades, this 30-year period hasn’t provided anything significantly ‘new’. There’s an almost countless number of new artists continually staking their claim to be the next global superstar, though most fading to oblivion before their existence is even known. But the ones who do succeed and break through – well, they’re not exactly re-inventing the musical wheel.

This isn’t necessarily a bad thing however – the diversity of today’s artists that have become mainstream are contributing significantly to our eclectic tastes of music at present. And the artists who have had a longevity of success – think U2, Jay-Z, Madonna – have contributed significantly over the past couple of decades, even going back into the 1980s. But, since the 1990s, although we have such diversity in the genres of music we listen to, these genres and how they sound have remained relatively unchanged.

As a general rule – but obviously this wouldn’t apply to everyone – when we cease education and start work (in our later teens and early twenties), the amount of time we spend listening to ‘new’ music starts to diminish. This in turn stagnates the continuation of appreciation towards new music. It somehow makes the person believe that music they listened to in their later teens and early twenties is current, no matter how many years go by.

The decades you spend in your later teens and early twenties will tend to determine your favoured music era for the rest of your life, e.g. if you’re a ‘90s’ child, you’re always going to think that artists such as Alanis Morissette, REM, East 17 or Oasis sound current. Oasis… current? Their debut album ‘Definitely Maybe’ was released in 1994, twenty-six years ago. But, their music is still comparable to current guitar bands today.

Think about some of the songs of the 1990s. Think of Nirvana’s Smells Like Teen Spirit, released in 1991. If you heard it now for the first time it wouldn’t sound dated. Robbie Williams’ Angels released in 1997. Underworld’s Born Slippy in 1996, Faithless’ Insomnia in 1995. One of the best-selling singles of all time, Whitney’s I Will Always Love You, released in 1992. All Saints’ Never Ever and Notorious B.I.G’s Mo Money Mo Problems, both also released in 1997. To hear any of these songs for the first time today, it certainly wouldn’t be a surprise to also be told that the song had just been released yesterday.

Dance music, girl groups, boy bands, pop, indie, rock, hip-hop, R&B – all of these genres were around in the 90s and they’re still around now. And with such similarities. Little Mix – love them or loathe them, they’re undeniably the most successful girl band of recent years. Is their sound so much different to that of the Spice Girls and All Saints from the 90s. One Direction and their breakaway solo artist Harry Styles. Think Take That and Robbie, or Boyzone and Ronan Keating. The 1975 could have been around in 1995 and Blur’s End of a Century may well not sound too dated in 2094 – almost at the end of another century, and 100 years after its release date!

When I was a child, my music taste growing up could have been easily influenced by songs from the 1950s, 60s and a few from the 70s, those of which my parents listened to. The music from those decades was a constant fixture of my early years, emanating from the ‘tinny’ speakers from the ginormous teak stained ‘radiogram’ that took up a large portion of the living room. But this music sounded so dated to me.

Madonna, Michael Jackson, A-ha, Duran Duran… to me growing up, these were the fresh sounding artists, sounding so different to their contemporaries from the decade before. Many 1980s artists were obviously still producing new music into the 1990s, their sound and voice adapting to the market tastes of that new decade.

As a child growing up, I was critical of music from past decades, and maybe wrongly dismissive of its sounds and significance. But that’s being a child I suppose, developing your own opinions, acquiring your own tastes, fitting in with what your peers listen to, and sometimes simply wanting to annoy your parents by not agreeing with them!

But there was such a difference in music from the 1980s compared to that of the previous decade. Then a gradual transition throughout the 80s into the 1990s. I know that whilst listening to the music being played by my parents – predominantly 1960s with a little 50s and 70s thrown in for good measure – my thoughts will have been along the lines of “what the hell is this rubbish?”, or “how old???”

Although I still may not enjoy listening to music released before the 1980s, I am appreciative of music prior to this decade and accept that it’s certainly not ‘rubbish’.

It is different these days though; a child listening to their parent’s 1990s or 2000s music most likely isn’t going to think that it sounds dated, because it doesn’t. It’s normal now for parents and children to share musical tastes, listen to the same artists, and go to gigs and festivals together for shared experience and enjoyment. In the past this would have been a rarity.

The Best Ever Workout Songs: A Definitive *Listicle*

Does this mean that we’ve reached the ‘pinnacle’ of musical genres and styles; has music plateaued, in that although there’s much diversity and choice of music available, this music availability is likely to remain stable for years and decades to come? Quite possibly, yes. It’s not necessarily the case that music can’t get any better – new generations will always consider that their current music is the best! And that’s 100% true – to any current generation their music is ‘the best’. No doubt music will change, but it will probably be a steady progression over the years and decades rather than dramatically significant and noticeable – most likely we won’t still be appreciating Busted over the forthcoming millennia as their No.2 single Year 3000 prophesised, but it’s going to be some time – years and further decades – before the ‘popular music’ we listen to sounds very much different to what it is now.

Although music itself hasn’t changed significantly since the 1990s, the way in which we purchase and listen to music most certainly has. Or has it? CDs were increasing in popularity during the 1980s but we were still using cassettes into the 1990s – remember making those mix-tapes? Downloading music digitally became an available option in the late 1990s and there’s no disputing the fact that it has progressively become the preferred method of purchasing music since then. And we all have easy access to digital devices both at home and in our pockets, to enable simplistic access and control for playing our music. Though, despite the ease of purchasing and playing digital music, music is still sold on CD more than 30 years since this format was first introduced. And vinyl as we’re fully aware is also having a bit of a renaissance.

It’s this fundamental change as to how we listen to and purchase music that’s resulted in the current stagnation of the music itself. Because of the high quality of sound available, and the simplicity and ease of use that digital music provides, where’s the motivation to strive for improvement and change?

The technology available to music artists now – for everything associated with the music industry in fact – for the recording process, editing, manufacturing, distribution on digital formats – everything has advanced so much compared to what was available those three decades ago. Remember 80’s synth, and those ostentatious keyboard guitars?

The quality and reproduction of music we have at our disposal now has helped with the quality of the sound not being at all dated throughout the recent decades.

Maybe we’ve almost reached the best that we can possibly achieve for the quality of sound that is recorded and reproduced, and also the way in which we purchase and listen to our music. Hopefully we’ve not necessarily reached the pinnacle of musical taste and genres, so we may be listening to something completely different in the future – but when, who knows?